Has Your Dysbiosis Protocol Been Adjusted for Cross Feeding? 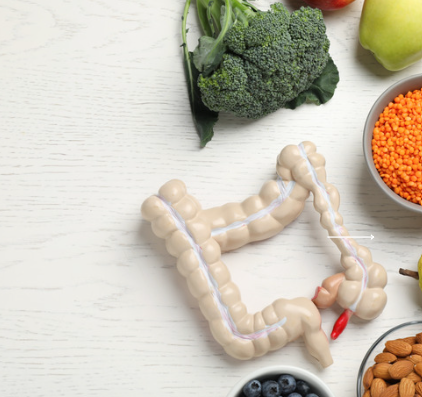 The microbial family Enterobacteriaceae includes genus such as Klebsiella, Enterobacter, Citrobacter, Salmonella, Escherichia coli, Shigella, Proteus and Serratia. This family as well as the Bacteroidales family, are capable of symbiotic cross feeding. What does this mean? It means they can feed each other in order to support the growth of their own community colonies.

Remember terrain theory from our other lectures? This is important, because this is more likely to occur under certain environmental conditions. One study found that the condition most favorable for cross feeding to occur included having the host be malnourished, eating a diet limited in protein and iron. A second study found that imbalanced diets were enough to promote this behavior - specifically high protein diets.

Researchers were able to study which groups were more likely to feed which other group? When the conditions were met (malnourishment) - Bacteroides had a stronger propensity to feed Eschichia-Shigella and Salmonella. In particular, Salmonella flourished if B. Thetaiotaomicron was present. If a diverse array of Bacteroides were present, S. Enteric Typhimurium benefited. Klebsiella, Citrobacter, Enterobacter and Providencia did not benefit from Bacteroides.

But, Klebisella pneumonia did cross feed Acinetobacter by products when it was able to ferment sugar. In turn, Acinetobacter protected Klebsiella from certain antibiotics.

What does this mean for you?

Check if you are carrying any of the aforementioned species and the associated cross-feeding partner. Assess your diet and nutrient levels. Are you malnourished? Is your diet skewed towards any one macronutrient?

If you carry any of the cross-feeding microbes with their partners (as listed above), make sure your protocols target each of the microbes that cross-feeds.

Malnourished? Consider an elemental formula such as Metagenics Ultra, Physicians Elemental or Vita-Aid. Ultimately in order to be rid of of SIBO or hydrogen sulfide overgrowth your diet will be somewhat skewed, so make sure you use your diet for only the duration recommended by your practitioner followed by reintroduction of foods that were restricted.

Partnerships to look for: