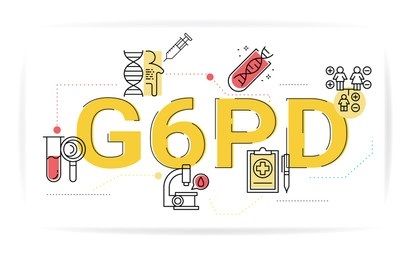 This topic completely threw me for a loop when it was first brought to my attention by one of the members of our Autism community. They were putting their son through a gut healing program with one of our microbiome restoration Guru’s, but he wasn’t responding as expected. This missing enzyme ended up providing an explanation for their experience, but also much more..
Drag to resize
G6PD deficiency is a genetic condition which leads to a lack of the G6PD (glucose-6-phosphate dehydrogenase) enzyme. This molecule generates NADPH production in red blood cells and protects them from damage by oxidative stress.

In the United States, the incidence is much higher among the African-American population than in other sectors. Second, this group is Sephardic or Sardinian Jews and then individuals of southern Chinese descent. The severity of hemolytic anemia varies among individuals with G6PD deficiency, making diagnosis more challenging in some cases. There may be more than 400 types of G6PD deficiency and many won’t experience symptoms. That being said, identification of G6PD deficiency and patient education regarding safe and unsafe medications and foods is critical to preventing future episodes of hemolysis in those who do experience symptoms.

Certain medications, foods, infections, and even health supplements can cause oxidative stress and lead to hemolytic anemia in G6PD deficient patients. Hemolytic anemia occurs when red blood cells break down faster than the body can make new ones.

Your doctor can diagnose G6PD deficiency by performing a simple blood test to check G6PD enzyme levels. Other diagnostic tests that may be done include a complete blood count, serum hemoglobin test, and a reticulocyte count. All these tests give information about the red blood cells in the body. They can also help your doctor to diagnose hemolytic anemia.

Additional items to exercise caution with: Coptis chinensis and Acalypha indica. Polyethylene Glycol or PEG – commonly used as a laxative and to prepare patients for colonoscopy.

Patients should avoid Henna entirely. As oxidative stress increases the negative consequences of G6PD deficiency, a balanced gut microbiome does need to be part of a holistic treatment plan. We need to consider how we can reduce the output of stress generating gases, intestinal permeability, and toxin-producing microbes.

OTHER RELEVANCE FOR G6PD

COVID-19: G6PD is being investigated for it’s relevance to COVID-19 and cancer.

“The research team then discovered that enzyme inhibition only had consequences for T lymphocytes, specialized cells of the immune system that play a central role in defending against agents such as viruses and cancer/tumor cells, but whose uncontrolled activity can lead to autoimmune phenomena.”

As this is a new topic to me, I would love to hear from you if you have a personal experience with G6 PD deficiency!